A friend asked me, " made from same paper, why some boxes are in good quality, but some will have a little deformation?" He is a very demanding people, in fact, people can't see what's the difference.

After putting the paper into the printer, two main factors will lead to paper deformation: Water absorbing deformation and compressive deformation.

Water absorbing deformation, mainly through the management of the workshop of temperature and humidity, humidity of the paper is consistent with the printing humidity.

Compressive deformation, the paper grain direction is vertical to the printing roller axial , can reduce the deformation of paper. 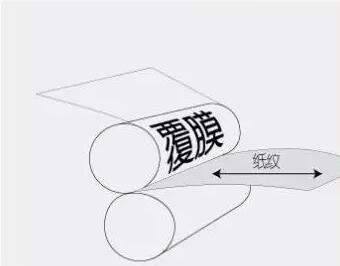 Many people know the relationship between the overprint and paper grain, but relationship between film lamination and paper grain is more complex. Figure shown below that it is good for air discharge when paper grain is vertical to the pressure roller axial. But there is also exception, if the paper absorb water and appear ruffled edge, this approach is completely wrong. Because paper edge is uneven, lead to crinkle laminated film. 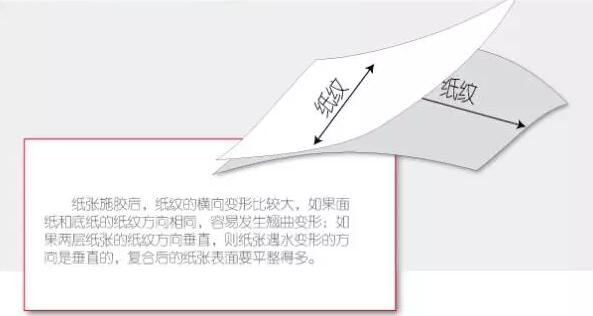 To save paper material, when makeup, putting a single pole between sticky bit and the beside box, and there is no bleeding between two boxes. The paper have telescopic deformation after printing, laminating, UV, etc, If the direction of the paper is vertical to the die cutting of sticky bit, Can reduce the deformation, avoid infaust die cutting. 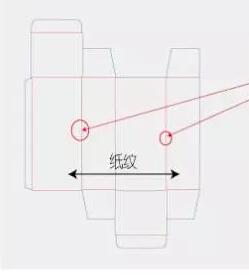 Work line is the folded line when sticking the box, When paper grain is perpendicular to the work line, sticky box will have higher precision(prevent the bell mouth, cover lines, off-line). Can reduce the probability of folded line burst, also can avoid appearing the box collapse. Easy to stick the box

The folded line is angular, straight.

Plate color paper box, the paper grain is horizontal to the short side, to get the strong support, Box surface is not prone to have the deformation of concave or convex.

The relationship between grain and box type shown above are just basic principle, a lot of different types of boxes, such as, hexagon, octagon, different customers will put forward different demands for grain, can't be too hidebound.