What Are The Main Factors That Affect The Box Shape?

What Are The Main Factors That Affect The Box Shape?

At present, people not only have higher and higher requirements on the quality of goods, but also pay more attention to the packaging of goods. Require the color packaging boxes pack not only should have bright color, generous design,  but also need to form the box shape beautiful, square and correct. The automatic box pasting machine are more and more widely used because of its high production efficiency and good forming quality, but it often has some difficult problems in the actual production process, it is difficult to play its advantages. In this way, I give my personal views on the experience of actual work and take this opportunity to discuss the problem of paper box forming.

There are two main factors influencing the quality of paper box molding. 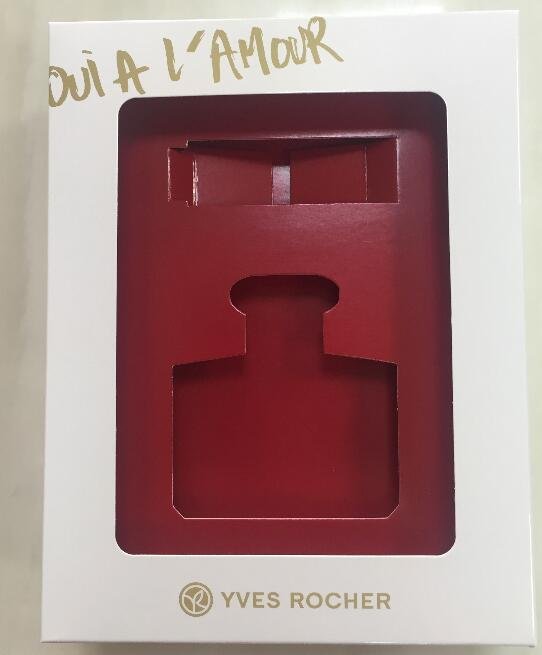 The influence of material factors

1. The effect of paper deformation on paper box forming

The paper itself is not flat and curly, after the printing, die cutting, paste box, the shape of the box will be affected. Paper deformation is mainly reflected in the following aspects.

(1) deformation caused by curling paper itself. Now most of the color boxes are printed with reel paper and some are imported. Due to the limitation of the venue and the conditions of transport, the imported roll paper should be cut at home. After cutting, the paper storage time is generally shorter, with some of the manufacturers' capital turnover difficulties, use now and buy now. As a result, most of the paper has not been properly placed and printed. It would be much better if simply bought paper sheets.

(2) deformation caused by changes in the water content of the paper. The water in each paper must be evenly distributed and must be balanced with the surrounding humidity. Otherwise, after long time, will appear phenomenon of "lotus leaf edge" and "tight edge", affect the aesthetic of the final box type. For cut paper , the stacking time should not be too long.

(3) deformation caused by improper makeup, and the determining factor is the direction of the paper fibers.

Once the opening of the paper box is parallel to the direction of the paper, the phenomenon of opening up is very obvious. Because paper absorbs water during the process of printing, then have surface processing of UV coating, varnishing and laminating, to deform more or less in the production process, the tension between the surface of the paper and the underside of the deformation is not consistent. The sides have been glued since packaging box was formed, so paper open outward , causing the opening of the paper box to open too large.

For this, we should find a way for printing makeup to solve the problem. Now the fiber direction of the paper in the market is basically fixed, most of them are in the direction of longitudinal fibers, and the color box is printed on open or four-open papers. Generally, without affecting the quality of the product, more printed paper boxes in one piece of paper is better, because of this can reduce material waste, reduce cost, the price calculated by such makeup can be accepted by the customer. But blindly consider the factor of the printing makeup, regardless of the fiber direction, after forming, the paper box can't reach the customer's request. In general, it is best for the direction of the paper is perpendicular to the direction of the opening.

2. The influence of the type of paper on the fastness of the paste box

Different types of paper have different influence on the fastness of the box pasting, mainly use white cardboard, grey white cardboard, gold/silver paper and other special paper to print wine boxes, medicine boxes.

The white cardboard paper is more quantitative, the surface is smooth, the flatness is high, and the permeability of adhesive is poor. Therefore, in the process of the box pasting, if the surface property is not considered, it may result in untenable adhesion. In this way, the friction coefficient and the permeability of adhesive are increased, and the adhesion fastness is improved.

The grey white board paper is coarser and more absorbent, and the permeability of adhesive is better, so the adhesion fastness is better than white cardboard paper. The surface of gold/silver paper is more smooth and more flatness, but it is usually coated with film , then film/paper adhesive can be used to improve the bonding fastness. 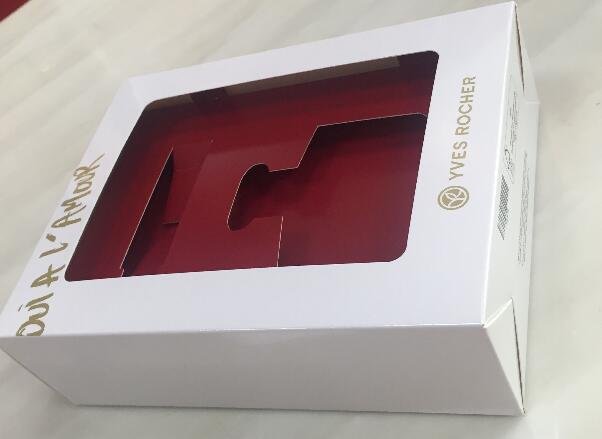 3. The effect of adhesive on the fastness of the paste box

Adhesive is one of the most important factors affecting the fastness of the paste box. Usually choose adhesive as paper/paper and plastic/paper. The paper/paper adhesive used in our company is 313 water-based adhesive, which is good in consistency, high in stability, good in leveling and suitable for quick bonding. Plastic/paper adhesive used is matrix adhesives 815 machine glue/sealing glue, which has high solid content, fast drying, good adhesion performance, high and low temperature resistant performance is good, hardness is moderate, good brushwork, good resistance to cold and heat resistance, rapid adhesion and fast bonding. 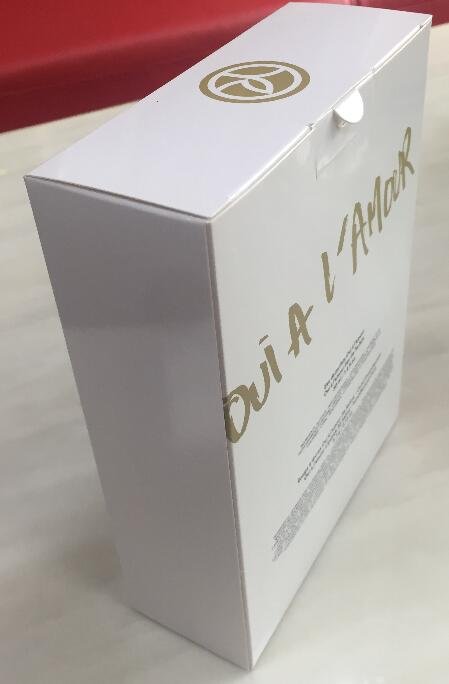 The influence of technological factors

1. The effect of surface finishing on the quality of the paste box 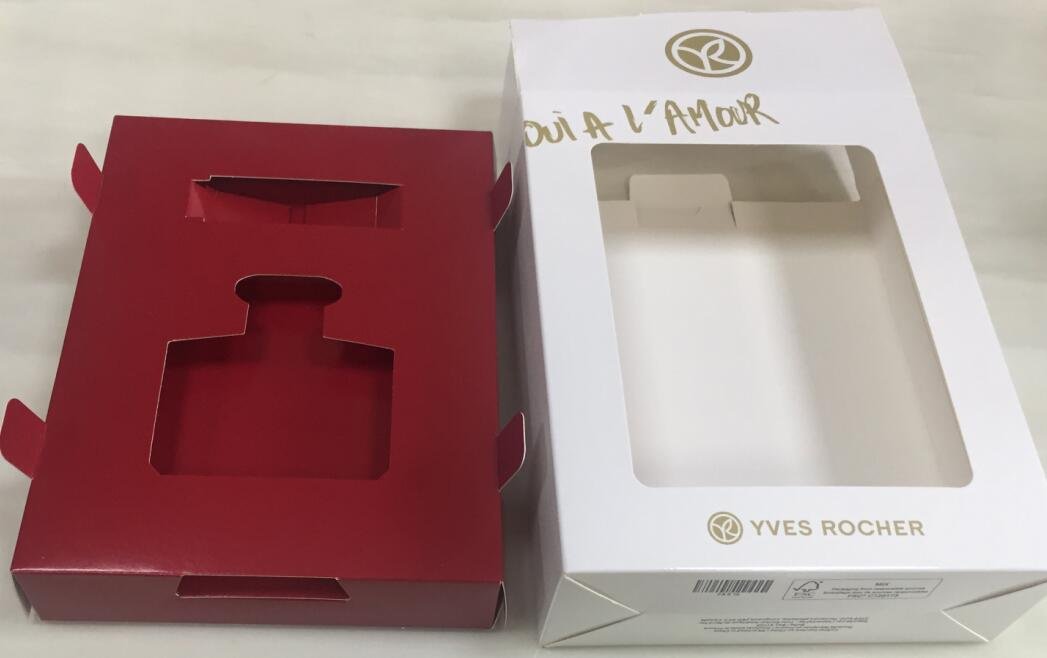 2. The effect of die cutting process on box type

The process of making cutting version also has great influence on box type. The hand-made die cutting is coarse, It is not good for the specification, cutting and machetes, At present, the manual version is eliminated, and the die cutting version is made of laser tool die. But sometimes if the size of the backlock and low line is set according to the quantitative paper, if the specification of knife line is applicable to all paper thickness and the height of the die-cutting also affects the shape of the paper boxes. In the case of indentation, the fiber of the paper will be distorted by compression. If the indentation line is too shallow, the paper fiber may not be fully pressed. Because of the elastic of the paper itself, when the paper box is formed on both sides, the opening side of the incision will expand outward, forming an opening phenomenon. 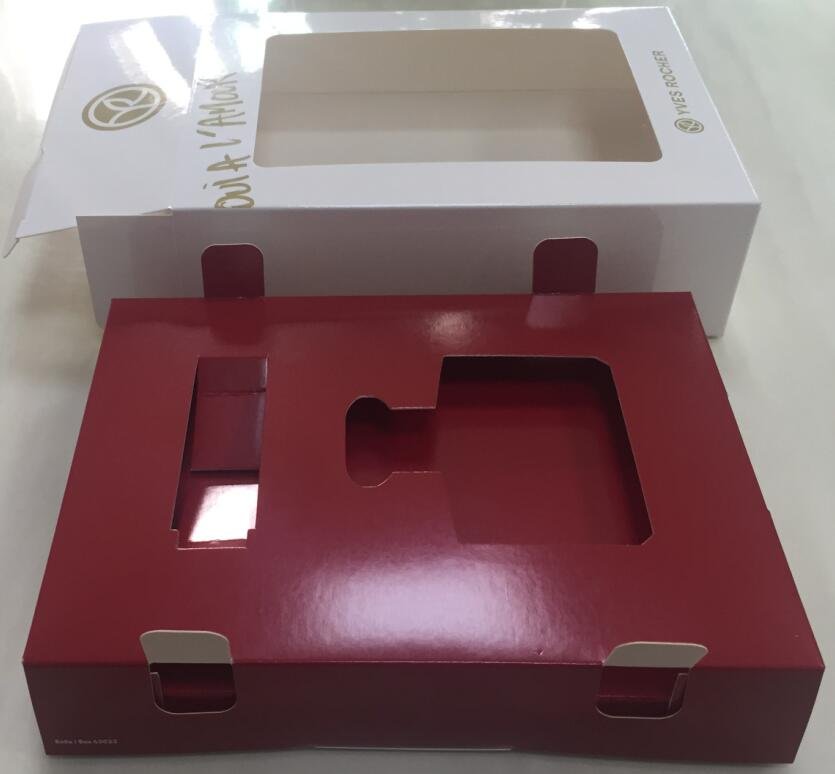 3. The influence of process parameters on the quality of paste box

In the actual production, in order to avoid the failure of adhesion, untenable, degumming, spillage and viscose, the technological parameters should be set properly. The general considerations include the characteristics of the paper materials, the size of the open number and the surface processing. The pressure after the paste box is solid and no indentation(In particular, to prevent special paper, such as gold/silver paper, the process of the shaving phenomenon, should pay attention to the adjustment of pressure), the amount of glue is mainly based on the width of the box. The larger the opening of the paper, the thicker the thickness, the higher the flatness, the more complex the process, and the lower the working speed. Specific parameter setting needs to be determined according to actual situation. 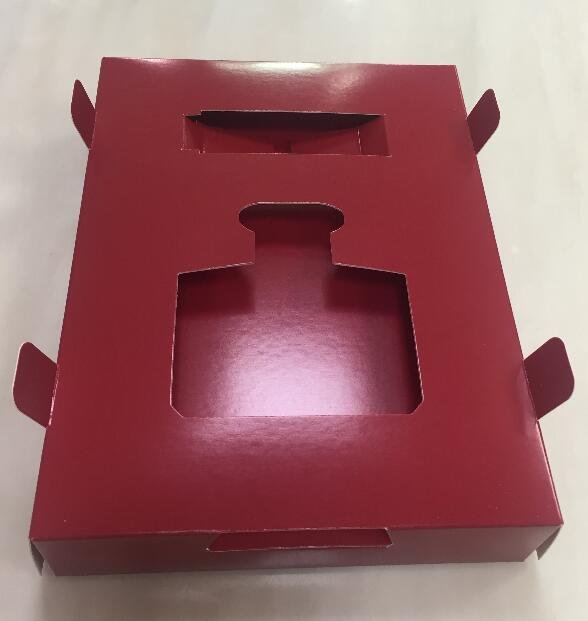